A Crusade to Protect Crustaceans Against Climate Change

Fraser Clark is a man on a mollusc mission — or you could call it a crustacean crusade. 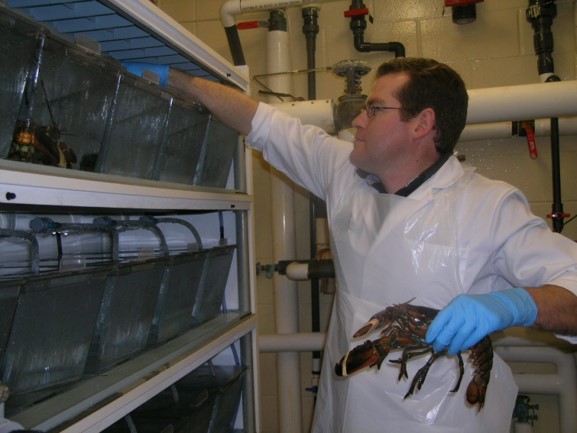 The Dalhousie University animal science and aquaculture professor studies the immunology of crustaceans with a goal of understanding their health and what pathogens threaten them, particularly as East Coast waters warm, and the pH drops, as a result of climate change. He concentrates his research on the wild lobster, crab and shrimp fisheries, with a secondary focus on commercial shellfish, including scallops, oysters and mussels.

“My work is on the health, disease and stress in these species,” Clark says. “I look at their immune response, their stress response and how they interact with pathogens.”

His research aims to contribute to the health of the Atlantic Canadian fishery industry, helping fishers to have access to hardier and faster-growing products.

“With the oysters, mussels and scallops, we find markers for disease and stress resilience, especially as it concerns the ocean’s response to climate change,” he says.

When it comes to major wild fisheries, he says, only crustaceans remain. Lobster is the biggest, then crab and shrimp.

“We’re finding some interesting differences between crustaceans in the same area, but I can’t say much about pathogens yet,” he says, stressing that none of the pathogens affects humans. “Some are new pathogens, some haven’t been studied before. We’re cataloguing what’s normal and what could come up the Eastern seaboard of the U.S. as waters warm. We know what’s down there, we know what’s up here and we’re able now to monitor it because we have baseline studies.” 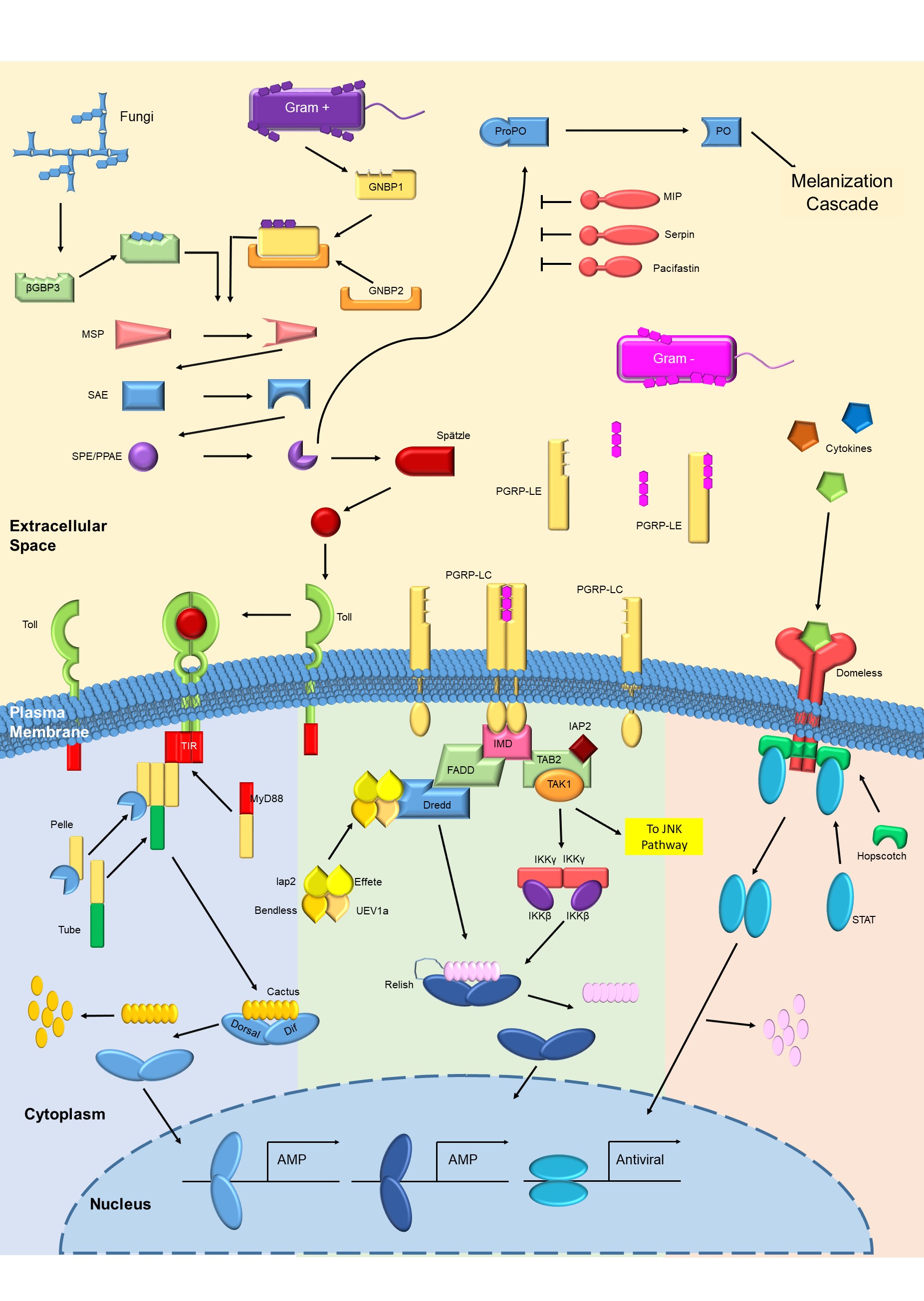 The differences in immune systems of crustaceans in the same habitat can be used as health-markers, something that currently doesn’t exist for crustaceans. Practically speaking, it’s useful to understand the immune systems of lobsters, for example, as they’re more valuable when alive. When they’re killed, cooked and processed, they are worth less on the market, but live ones that die before they’re sold aren’t worth anything at all, he notes.

Surprisingly, he came to this work after doing a master’s in cancer research. “I didn’t feel I was having much of an impact in my local area,” says the Kensington, P.E.I.-born researcher. “So, I got involved in work at the Lobster Science Centre. Now there’s a local impact as I interact with fishers, industry, aquaculture associations and local governments. I can make a difference to their industry.”

To do his work, Clark uses resources provided by Compute Canada. He uses its high-powered computing resources to sequence transcriptomes, which are similar to genomes. He then compares different immune genes in different species. He compares the different sequences and constructs models to see how closely related they are.

“We’re really interested in how closely related the immune systems are of crab, lobster and shrimp all living in the same area,” he says. “They seem to get sick from different things even though they’ve all been growing in the same area for the last 150 million years.”

To that end, the GenAp Galaxy web portal application hosted by Compute Canada has been helpful.

“It allows biologists to use high-end computing resources without needing to do high-end coding,” he says. “As long as we understand the assumptions and limitations of the tests, we can get user-friendly data. My undergraduates and graduate students can learn to use these computing resources within days. It’s exceptionally helpful for biologists.”