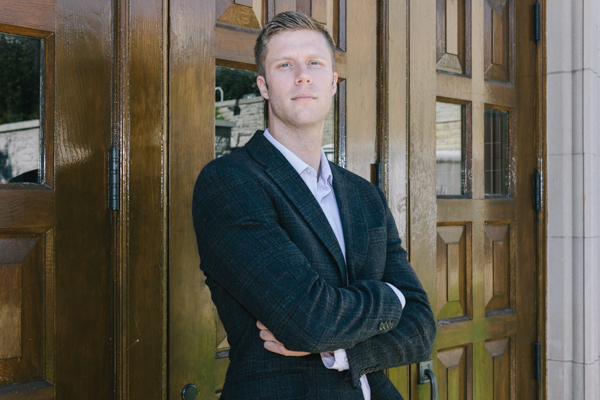 An assistant professor in St. Francis Xavier’s computer science department, his research can apply to kinematics, geology, music, finance and the human brain. He was recently, for example, doing some machine-learning modelling on people with Parkinson’s, studying them while they were using treadmills. To do his work, he uses the high-powered computing resources of Compute Canada and ACENET.

“We were using Compute Canada resources to come up with mathematical functions on how people walk,” he says. “I was also working towards coming up with a predictive model for traumatic brain injury patients that will tell you what a subject’s intercranial pressure is. The best way to test that is a very dangerous neural surgery. I was working to see if we could find another way that’s safer.”

He calls the human brain a non-linear computational system. But the types of algorithms and math currently used when trying to understand the human brain — those typically used in functional magnetic resonance imaging studies, for example — are done with strictly linear tools.

“This means the models we end up with at best can be linear approximations of a non-linear system,” Hughes says. “This is not to say that all of this stuff done up to date has to be thrown out. We’ve been able to make a lot of big contributions. However, one can’t help but wonder what we could do and learn if we had a non-linear model of the brain that more accurately represents the underlying system.”

To do his non-linear modelling, he uses “heavy-duty” machine learning, artificial intelligence and what he calls “evolutionary computation.”  Think of it as designing a car, he says.

“What happens if I come up with 100 random car designs?” he asks. “They will all be pretty bad, but what if I take two of the less bad ones?  I’ll combine them and hopefully make a better car. If I keep doing this millions and millions of times, I will typically end up with a pretty good car design. It’s the same idea. You pick the ones that are relatively better.”

He was once studying how a brain interpreted or dealt with a specific language task. He asked his subjects to figure out how words related to one another.

“If you use the traditional modelling technique, it would say ‘OK, so the brain regions X, Y, Z are related to each other,’” he says. “But with non-linear models, we found that region X, Y, Z and A, B, and C are related because during the study, they started to react in a non-linear way.”
“But the number of possible explanations for all of these studies are just astronomically large,” he says.

And that’s the reason, he requires intensive computer resources. In 2018 alone, he used “hundreds and hundreds” of core years. If he’d done the same work on a typical desktop computer, he would have had to hit “run” on the computer and return in 200 years for any findings, he jokes.