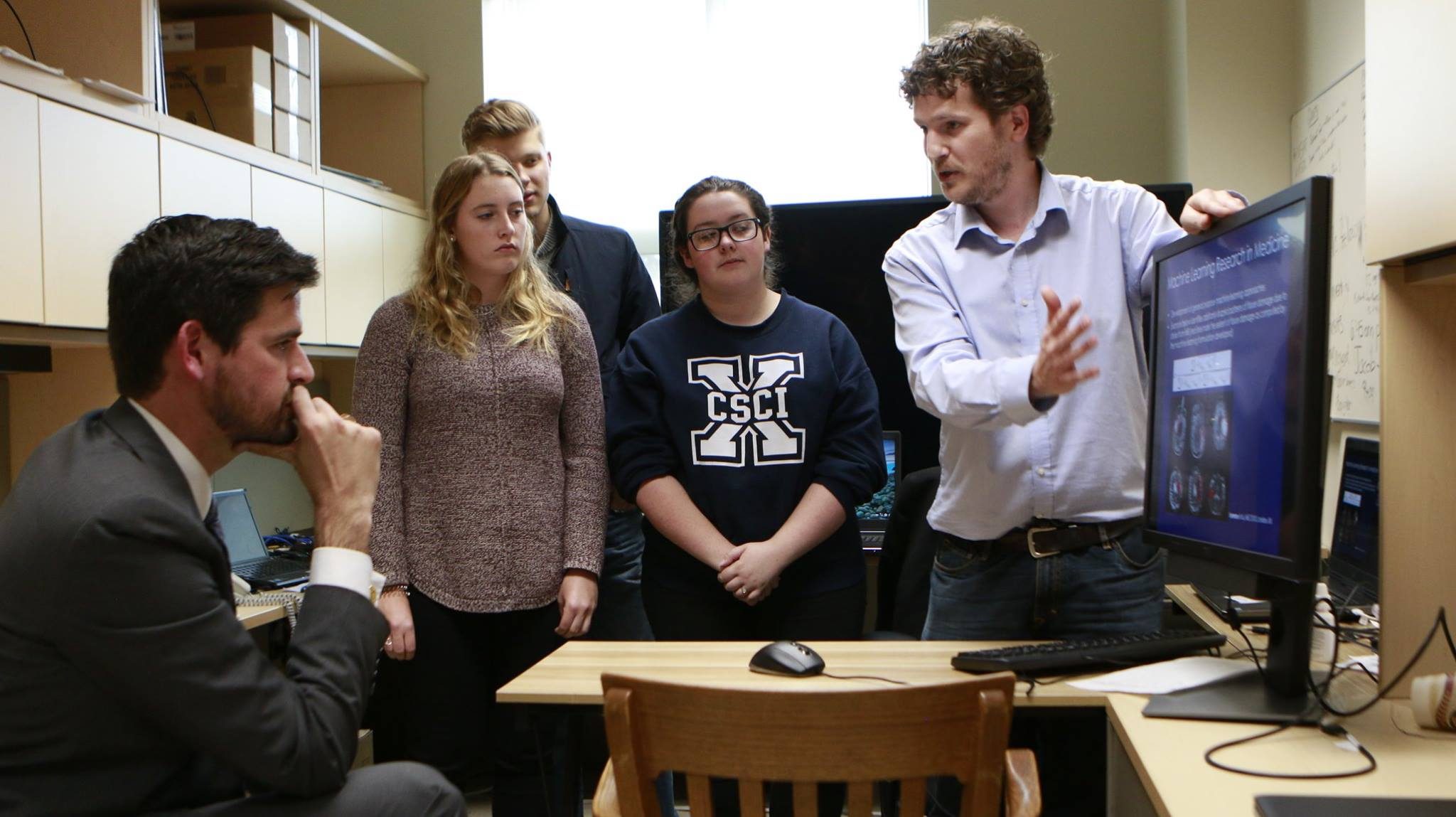 Jacob Levman is trying to figure out what parts of the brain develop abnormally in children with autism, so it’s surprising to learn he’s a professor in the department of mathematics, statistics and computer science at St. Francis Xavier University in Antigonish, Nova Scotia.

“My research has involved various contributions in the statistics domain, so I guess I was a good fit when they sought a Canada Research Chair in bioinformatics, which is a combination of medical stuff and computer technology.”

Indeed it was. Levman’s PhD from the University of Toronto was in medical biophysics.

“My background is really interdisciplinary,” he says. “Medical biophysicists are the people who build better MRI machines and come up with therapies such as radiation treatments. My research combined my background in computers with MRI data and MRI technology.”

Levman did post-doctoral studies at Oxford’s department of biomedical engineering, looking at how to apply advanced computer technologies to help predict or identify the extent of tissue damage due to stroke from MRI examinations. His post-doctoral studies at Harvard looked at both healthy and autistic patients in pediatrics at Boston Children’s Hospital

Today, doctors diagnose autism by symptoms and behaviours, but Levman thinks there are probably underlying anatomical or physical issues associated with autism."

“We look at the differences in the way the brains of children with autism present,” he says. “Potentially, our work could help inspire new therapies by helping us better understand which regions of the brain are developing abnormally and in what way.”

“We’re also looking at the genetic profiles of children with autism and comparing those with the presentation of the brain from an MRI examination,” he says. “If we can say an abnormal mutation in autism seems to be highly related to this area of the brain forming abnormally, that might help decode the mysteries behind autism.”

To that end, he’s completed the world’s largest autism-MRI study, reviewing the volumes of substructures in the brain. But his work also has a technical side, through which he develops general-purpose machine-learning algorithms or pattern-recognition technologies that help extract measurements from examinations using existing formal computer science methods and new ones he’s trying to create.

To do his work, he uses ACENET and Compute Canada computer clusters. Just to do a basic analysis of an MRI from one child with autism, extracting thousands of measurements from across the brain, would take nine hours on one computer. A large study involves about 2000 examinations, which would take about 18,000 hours, or more than two years.

“If you want to get the job done in a reasonable amount of time, you need to do parallel processing — breaking apart a huge job into a bunch of smaller ones that run simultaneously on supercomputers ,” Levman says. “ACENET and Compute Canada’s resources are very helpful for this. Without them, it would be impossible to get these things done in a reasonable time.

In addition to using their computer resources, Levman has used ACENET’s training programs for every one of his lab students. “It’s been extremely useful — essential, actually,” he says.