Fixing Everything from Bones to Airplanes 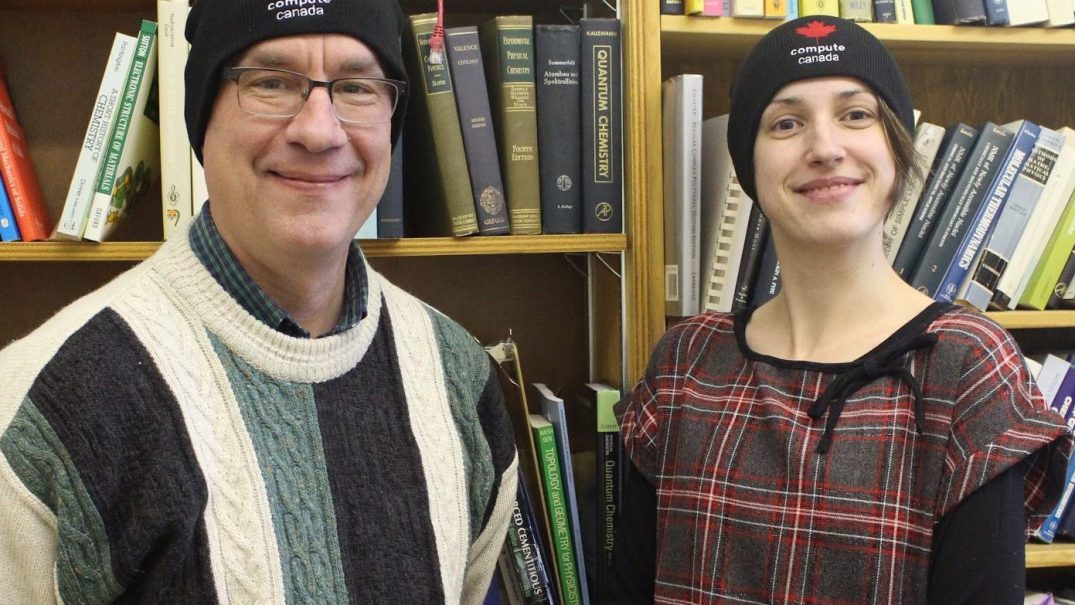 You could call Tsanka Todorova a fixer — and her toolbox is made up of chemistry and computers. In the recent past, the Bulgarian native, who is now a research associate at Dalhousie University in Halifax, has worked to develop alloys for the aerospace industry and she’s now working on a material known as bio-glass that can be used in orthopaedics and dentistry. The latter is a kind of synthetic glass-based cement that can be used in various ways — even to repair a bone fracture.

“This project is so amazing,” said an enthusiastic Todorova. “It involves different types of materials. One of them is a type of glass used in dental materials and we are now looking to see how to make those materials for orthopaedic applications. There are different possibilities. We can use it for bone repair in the body.”

Josef Zwanziger, Dalhousie professor, Canada Research Chair in Nuclear Magnetic Resonance Studies of Materials and Todorova’s research adviser, explained that often, this material can be used in a situation where you want some dissolution of the putty.

“You might load it with antibiotics and then pack it into a fracture so that as the fracture heals itself, the additive will disintegrate into the body and will release the antibiotics as it goes,” said Zwanziger said. “That part of Tsanka’s work is done in collaboration with an experimental colleague in the Applied Oral Sciences department. On the chemistry side of things, we’re interested in the simulation aspect — in simulating the process of how water makes this glass dissolve.”

Todorova said her long-term goal within this research project is to demonstrate and develop the ways in which one would use bioactive ionomer (used in dental cement) glasses as restorative materials.

“The work would build on recent advancements in the area of synthesis and biomedical engineering,” she said. “But it would also enable o molecular dynamics to deliver non-toxic and mechanically stable ionomer glasses for biomedical applications.”

Todorova’s alloy work was all done computationally, by studying models of, for example, aluminum doped with elements such as zirconium or scandium and then computing the mechanical properties of that material and what the effect of defects would be. So-called “stacking fault” defects are inevitable in any material and can affect the alloy's performance.

“The crystal is made up of plains of atoms that repeat over and over again, but they have to be offset from each other the right amount and if they’re not, you get a stacking fault,” Zwanziger said. “So you just basically build up the layers with an error that repeats. That’s normal. In fact, thermodynamics almost requires that to happen, but it will determine what the real performance of the material is like, so it’s important to include that in models of the materials.”

Compute Canada has been invaluable for her work as she uses its high-powered computing resources to run molecular dynamic simulations.

“This kind of computation requires a lot of memory,” Todorova said. “We want to understand the exact atomic structure of those materials. I am a quantum chemist so I do modelling of different materials and I use the principles of quantum chemistry and solid state physics. In general, I work on theory.”

Asked what it’s like to be a woman in science, she admitted she’s the only woman in her lab, but said she has no problem with any of her colleagues.

“I have a lot of freedom,” she said. “We have a great team, we support each other and, ultimately, we have the same goals. ””

Zwanziger said their field — chemistry — is closer to gender parity than a lot of areas in the sciences. “She’s fascinated by the computer approach to modelling. That’s an aspect that she really enjoys. She’s very productive and she works really hard at it.”