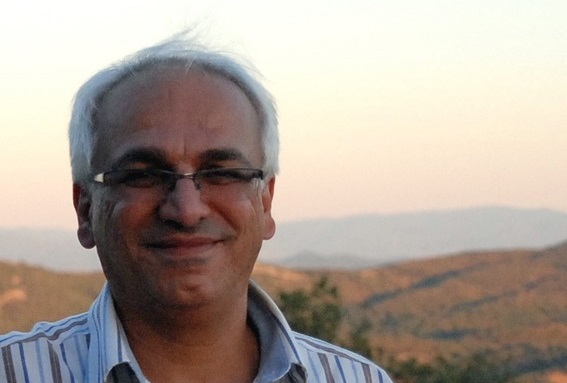 It’s a revolutionary idea – a technique that could change the design of nuclear power plants. Mount Allison University scientist Khashayar Ghandi is experimenting with the possibility of converting nuclear radiation directly into electricity using gold nanoparticles that act as a sponge to soak up electrons. Currently nuclear reactors create electricity by heating steam to drive large dynamos. The conversion process Ghandi envisions would eliminate the steps required to convert the energy to thermal and then mechanical energy – increasing efficiency and decreasing costs.

Ghandi is an associate professor in chemistry & biochemistry and an associate of the physics department at Mount Allison. His research focuses on sustainable and environmentally friendly energy production methods, and chemical processes for industry. He is working with Atomic Energy of Canada Limited to study radiation produced in nuclear reactors, and with the Atomic Energy of France (a country that produces 75% of its electricity from nuclear power) to understand more about the safe storage of nuclear waste.

Ghandi and his team are also working on other green energy solutions, including the development of a process to use sunlight to create hydrogen – a potential storage system for solar energy that would make solar a practical main energy source even when the sun isn’t shining.

Other projects include the development of nuclear shields that could lead to more effective radiation treatments for cancer. Ghandi is also experimenting with using specialized clay materials to compress atoms and molecules from three dimensions down to two – a process that has the potential of changing the properties of substances at a molecular level. “If you think about carbon atoms, a diamond is made of carbon atoms spread out into three dimensions,” he says. “Graphite has the same atom in two dimensions.”

Because of the complexity of his work, Ghandi and his team often travel to facilities such as TRIUMF national laboratory in Vancouver, ISIS at the Rutherford Appleton Laboratory in the UK and JPARC in Japan to use particle accelerators, pulsed muon sources and other advanced technology. But much of his experimental work is conducted at Mount Allison, often requiring elaborate computer simulations, scientific mechanical design that also need computer design and simulations, spectroscopic and quantum mechanical simulations. Ghandi was one of the first users of the ACENET computer network, joining the ACENET program shortly after it began. “ACENET is a very important resource for us and provides my research students with great opportunities,” he says.

The computational power of the ACENET system allows Ghandi to construct elaborate chemical reaction models and test them mathematically before subjecting his ideas to real world testing in the lab. “We’re dealing with lots of data and we have to do some heavy data crunching,” he says. “By doing it this way it helps us to understand the chemistry that’s at work and allows us to make predictions of how reactions are going to behave. That way we can design new materials to perform certain functions before we go to the lab. I always like to have some intuition and a mathematical model before I start.”

Ghandi says his work is motivated by the need to develop cost-effective green energy systems, but another passion drives him as well. “The other works we do don’t have a practical application at all,” he says. “We do it for pure imagination. To increase our fundamental understanding of the way atoms and molecules behave. To watch them dance and to understand how this dance led to new physics and chemistry.”