As a statistician at UNB in Saint John, Connie Stewart works with “pretty much anyone who needs help.” Like a superhero, she swoops in whenever fellow academics have a statistics puzzle to solve. 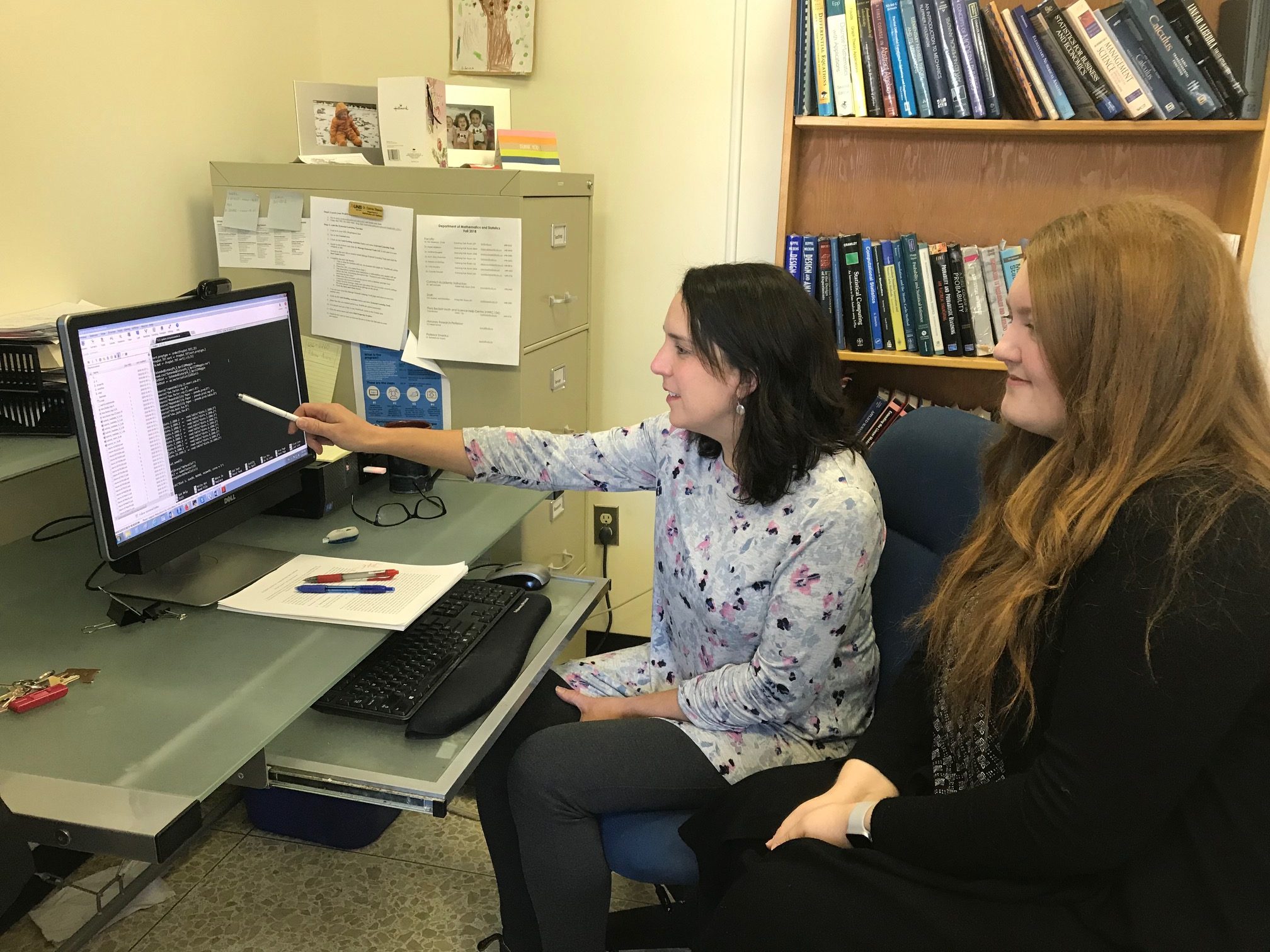 In helping her colleagues, she’s also developing new statistical methods, and these days, most of the time that ground-breaking work happens in concert with ecology-based research. She first started working with ecologists while working on her PhD. She was working with Dalhousie University ecologists and statisticians who developed “quantitative fatty-acid signature analysis” (QFASA) in relation to grey seals. QFASA is a way to estimate seal diets — some fatty acids of the prey the seals ingest end up in the latter’s tissue with little change.

QFASA involves statistical methods to match the predator with its prey’s fatty acids. The result — an estimate of the seal’s diet —includes the proportion of each prey species in the seal’s diet.

“You get an estimate of diet that might, for example, contain 30 per cent herring, 20 per cent capelin, and so on,” Stewart says. “That’s an estimate. The biologists I’m working with are studying the grey seal population off the coast of Sable Island, but this can be used on a number of species, including polar bears, seabirds and sea lions.”

But before she could come up with results for her colleagues, she had to solve a problem. Analyzing the diet estimates wasn’t straightforward because they are constrained to percentages that add up to 100, which means she could not apply standard statistical methods to them. She had to find a way to answer standard ecological questions in a non-standard way.

When researchers such as Stewart develop new statistical methods, they run simulations to assess their efficacy.

“We generate pseudo-predators, which we can do if we have a prey database,” she says. “You choose a diet of your choice and then you sample from the prey base proportionately. That gives you a pseudo fatty-acid signature.”

She then takes that pretend seal fatty-acid signature and can estimate the diet and apply her methods to it.

“Because we generated it with a specific diet, we know how good our answers are,” Stewart explains. “In practice, you have data and you can apply any method you want to it, but you don’t know what the true answer is. Here, we know the diets of the pseudo-predators and can see whether our methods are behaving correctly.”

Running such simulations takes a long time, so Stewart uses high-powered computing through ACENET and Compute Canada to do her work.

She used to use a cluster at Dalhousie University, but she migrated to ACENET’s digital infrastructure because it’s bigger and can accommodate more users working at the same time.

Could she do her work without ACENET? “I’d be more limited in the different cases I could run and how long it would take me to get the research done.”

As for the grey seals, knowing their diet is important because their population in the Northwest Atlantic has increased from about 15,000 in 1960 to 424,300 in 2016. Ecologists want to understand the impacts of that ballooning population on the overall ecosystem, particularly as it relates to fish populations that are commercially important to the local economy. Stewart’s statistical analyses are helping them get there.