Predicting the Influence of the Ocean on Machines and Structures 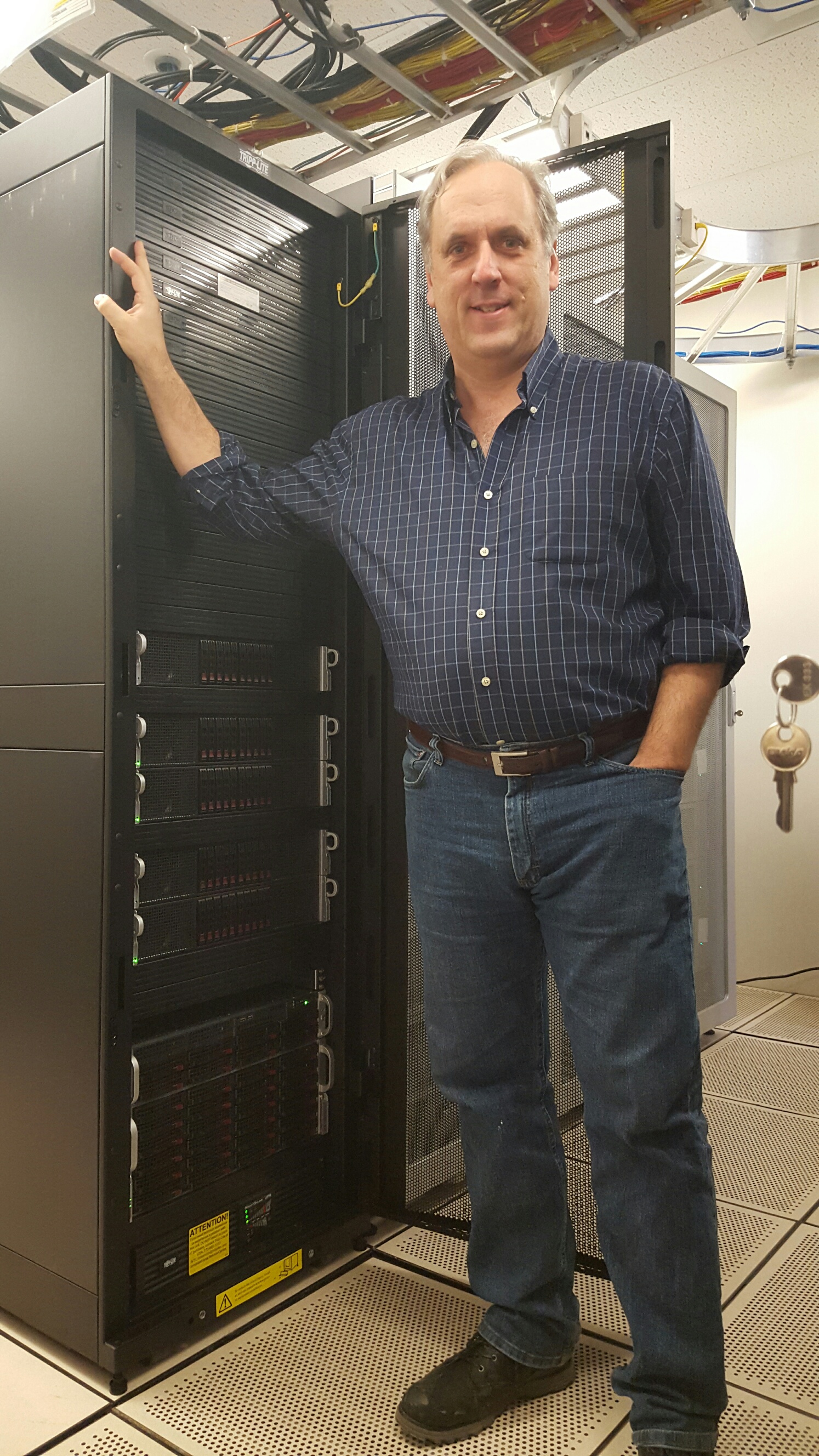 Understanding how machines and structures perform in the ocean has important implications for everything from the way ships manoeuvre to how tidal power turbines respond to massive hydraulic forces. One University of New Brunswick scientist is working hard to increase that understanding and he’s employing some powerful computational tools.

Andrew Gerber is a professor of mechanical engineering at UNB. He’s an expert in the field of computational fluid dynamics (CFD) and high performance computing, a discipline that focuses on solving the equations that govern fluid movement using supercomputers. Supercomputers are needed to study in detail how ocean turbulent fluid motion interacts with machines and structures situated within it. Oceans are extremely demanding environments. For man-made systems to survive requires detailed understanding, something that supercomputer simulations can provide.

Gerber is involved with a number of important projects including a tidal power study in the Bay of Fundy and a project with Defence Research and Development Canada to study the performance of Canadian naval submarines.

“We do a lot of work with submarines,” says Gerber. “We simulate extreme manoeuvres on the computer to see what’s happening to the forces and moments acting on the body of the submarine as it moves through the water. It’s very expensive for the navy to do experiments of this type so our simulations allow them to make predictions without the need for extensive experimentation”.

Gerber’s work with tidal power focuses on making detailed fluid flow predictions to support tidal power turbine deployments in the Bay of Fundy. He and his colleagues at UNB are working with the Fundy Ocean Research Centre for Energy (FORCE), and with researchers at Acadia University and Dalhousie University, to measure tidal flow and energy potential in the Minas Passage near Parrsboro and in Grand Passage at Brier Island, Nova Scotia. This work will have a huge impact on where turbine arrays are deployed considering issues such as survivability and maximizing power output.

The tidal study involves huge volumes of water requiring complex calculations. Twice each day 10 cubic kilometers of seawater are forced through the Minas Passage – 10 billion tons of water that represent an outflow more than 40 times the amount that flows from the Saint Lawrence River over the same period of time. With technical support from ACENET and funding from the Canada Foundation for Innovation, Gerber set up a “contributed system,” a computer cluster operated by Gerber’s UNB laboratory and managed by ACENET. Under the system, any unused cycles are turned over to ACENET for other researchers to use. The system is powered by the latest Graphical Processing Unit (GPU) hardware, and combined with a CFD simulation software (EXN/Aero) that can efficiently utilize the new hardware, the complex tidal simulations can be completed much more rapidly with high-resolution.

In addition to his work at UNB, Gerber is also a partner in a spinoff company called Envenio Inc., a Fredericton-based firm that provides computational fluid mechanics services and engineering software development to engineers and companies. Its flagship product is EXN/Aero, which is specifically designed for next generation hardware.

Gerber says that as climate change becomes more prevalent, understanding the movements of fluids in the oceans and atmosphere and their impact on infrastructure will become crucial. “One of the goals of Envenio is to help engineers build better designs for extreme weather events in the ocean or atmosphere and to provide the computational tools to do so.”