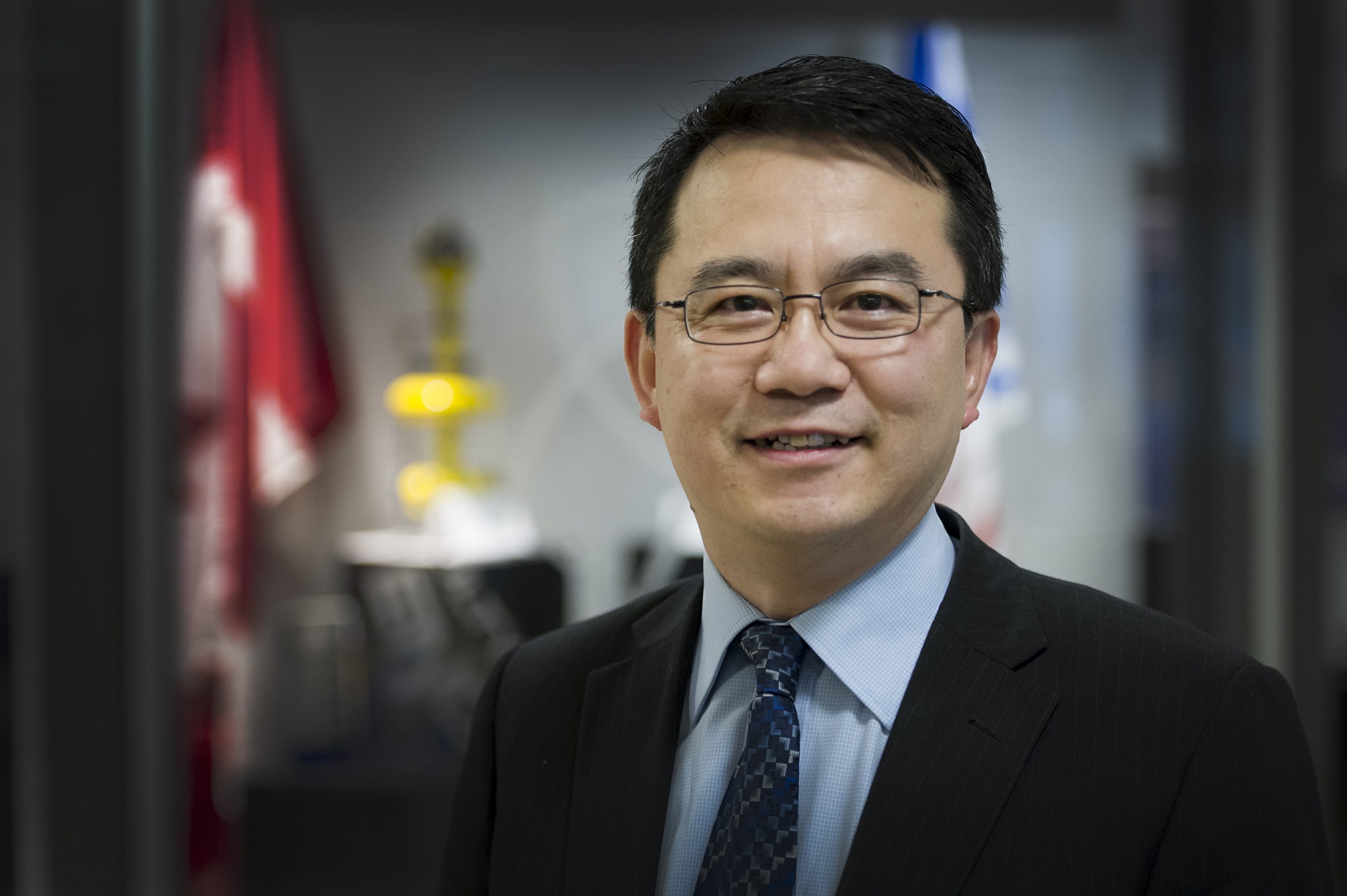 Wei Qiu’s research centres around marine hydrodynamics, in the hopes of decreasing noise made by ship propellers, increasing their efficiency as they move through the water, and curbing the negative effects the noise has on marine mammals such as whales.

“When ships travel through water, they make noise,” says the department head of ocean and naval architectural engineering in Memorial University’s faculty of engineering and applied science. “As a result of water pressure on the propeller becoming lower than the vapour pressure, propeller cavitation occurs — a phenomenon in which rapid changes of pressure in liquid leads to the formation of small vapour-filled cavities.

These vapour-filled cavities, or bubbles, collapse and cause loud popping noises and vibrations, making propeller cavitation the most significant source of noise from a ship. The noise levels jump substantially when propeller cavitation begins. My work is in ship and propeller design, and performance evaluation. I look at how to improve propulsion efficiency – the amount of fuel a vessel consumes — and reduce ship noise by assessing the design and then working to improve it.”

The noise issue has traditionally been more critical for navy and research vessels, rather than commercial ones, but in recent years, scientists have discovered the negative effect the noise has on marine mammals, so Qiu’s work also has environmental benefits.

“Design is related to the geometry of the ship and how it works with the propeller. If both are designed well, it can help reduce fuel consumption and noise.”

Qiu also looks at how ships maneuver in waves, so they don’t capsize, for example.

“I want to ensure a ship is designed to operate safely in waves,” he says.

In all of his research, the professor often collaborates with industrial partners and government agencies.

“I’m working with a propeller manufacturer in Ottawa called Dominis Engineering,” he says. “We’re looking at the effect of manufacturing defects on propeller performance. We started looking into it two years ago and we can see very small defects due to manufacturing can have a pretty big impact on propeller cavitation and therefore noise performance. This partnership helps Dominis manufacture propellers with greater precision.”

In his research, Qiu conducts experiments and numerical simulations with computational fluid dynamics (CFD) methods, which he uses to analyze and solve problems involving fluid flows.

For his CFD simulations, Qiu relies on Compute Canada and ACENET resources.

“We use CFD to simulate the performance of a ship’s propeller,” he says. “This requires pretty extensive computer resources. Without them, I really cannot accomplish my work.”

In his own lab, he has a relatively small computer cluster with 700 cores, but through ACENET’s resources, he and his team can access tens of thousands of cores.

“For one job, we may need to use hundreds of computer cores for a few days or a few weeks  depending on the problem,” he says. “It’s pretty high demand on computer resources. For example, for a ship in waves, we’re dealing with a large area surrounding the ship. That could be 10 times as long as the ship. It implies millions and millions of grids are needed to approximate the domain.”