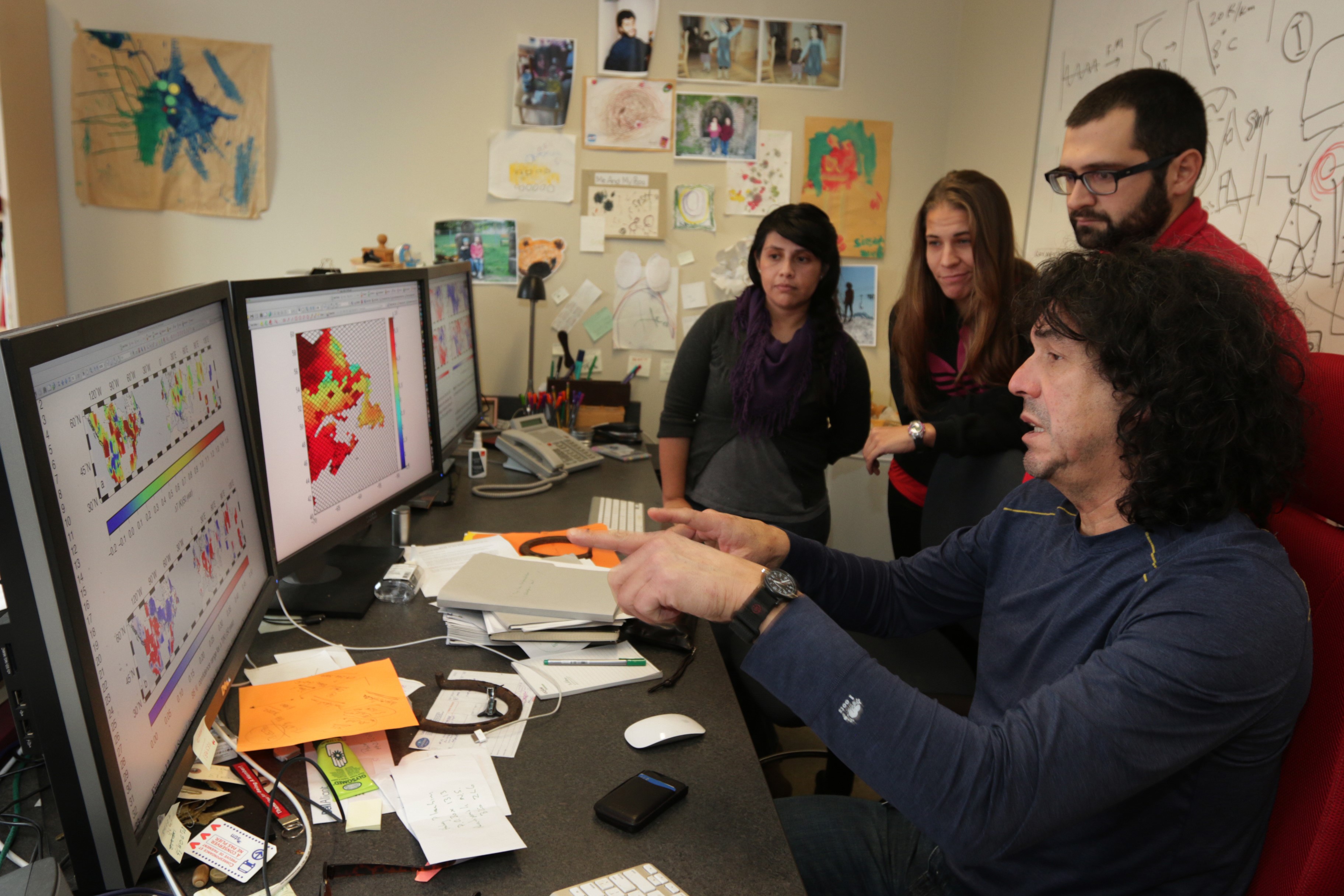 The greenhouse effect is nothing new. In fact the phenomenon has been influencing the temperature of the Earth for billions of years. The existence of carbon dioxide molecules in the atmosphere acts as a blanket, trapping heat and allowing the Earth’s temperature to remain warmer than it would be otherwise. But in the last 200 years, human activity has been adding greenhouse gases into the atmosphere at rates exceeding any natural process, making the carbon dioxide blanket thicker and warming the Earth even more.

As the planet warms up, most of the additional energy from the enhanced greenhouse effect is stored in the ocean – about 93% in total. The rest is distributed among the continents, in the frozen ices known as the cryosphere, and in the atmosphere.

Dr. Hugo Beltrami is a professor at the Climate & Atmospheric Sciences Institute, the Environmental Sciences Program at St. Francis Xavier University and a new Canada Research Chair in Climate Dynamics. He and his graduate students conduct research in the area of global-scale climate change. They are using geothermal data obtained from mining exploration boreholes, reaching deep into the ground to study the changes of the temperature at the continental surface during the last millennium. It’s a complicated process. “We have to go down about 500 metres just to measure the remnants of past ground surface temperature changes that occurred in the last millennium,” he says. “If we want to estimate changes further in the past, we have to go much deeper.”

Beltrami’s research is attempting to measure how much energy is stored in the ground and also how energy is distributed between the ground and the atmosphere. It’s critical information for environmentalists, policy makers, planners and scientists. As the ground becomes warmer, more carbon dioxide is released from soils, increasing the atmospheric concentration of greenhouse gases.

Another aspect of Beltrami’s work relates to regional climate modelling. For example, he and his graduate students have conducted extensive research to project the potential effects of climate change on the propagation of the tick that carries Lyme disease in Nova Scotia and Ontario. He is also developing a climate services centre that will translate global climate model predictions into information that is useful at a local level. The information would allow individual municipalities to access local climate projections, increasing awareness of the potential consequences of climate change on things like infrastructure and public health. The service may also help to support the development of policies to build resilience and mitigate the societal impacts of a changing regional climate.

Every part of Beltrami’s research requires his team to use intensive numerical modelling. The numbers are huge and the calculations would be impossible to run on a regular computer. He’s been a user of ACENET since the program started. “ACENET is an essential resource for us,” he says.