The Secrets of Birds 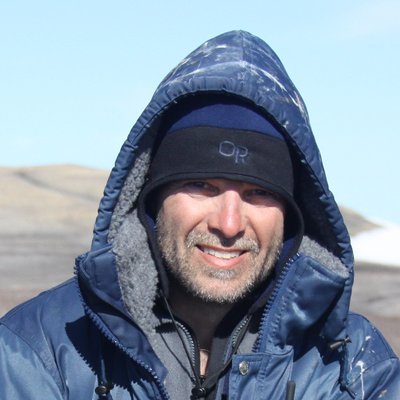 Anyone who has watched a flock of birds fly by knows that keeping track of individual birds can be complicated. But what if you had to chart the movements of a whole population of birds using data taken over many years and using different measuring tools and data sources? That’s precisely the challenge that one Acadia biology professor and his graduate student had to tackle. Dr. Mark Mallory and Master’s student Christine Anderson have been studying the migratory movements of herring gulls based on electronic data, and they are using the ACENET computer network to help them with their work.

Anderson is using tracking data from a herring gull population in Nunavut and comparing them to other data from places such as the Great Lakes, Brier Island, Sable Island and Newfoundland to find out how each population is behaving differently from the others. It’s a complicated process because the data comes in many forms. Some of it comes from a process called Doppler triangulation that pinpoints the birds’ movements in a range of 350 metres to one kilometre. Other data takes the form of GPS tracking – an accuracy of just a few metres.

“With the ACENET system I can input data with different errors and the system will take each error into account and give me an accurate reading,” says Anderson. “It can take up to two weeks to run a program. It’s something I couldn’t possibly do on my laptop.”

Mallory says that Anderson is the first of his students to make use of the ACENET system. He says her study has some important practical components that go beyond pure scientific understanding. “First of all, by understanding their movements over time it allows us to identify places where we need to create protected areas for migrating birds. Also, it allows us to understand what these birds do to their environment and how they interact with humans. Are they spending more time over a landfill or over water? Are they creating a danger around airports? Are they picking up diseases like avian influenza that can infect humans? These are important questions.”

Anderson says that she doesn’t have a lot of background in computers, but the support she received from ACENET was invaluable. “The ACENET staff are incredibly helpful,” she says. “I couldn’t have done this project without them.”