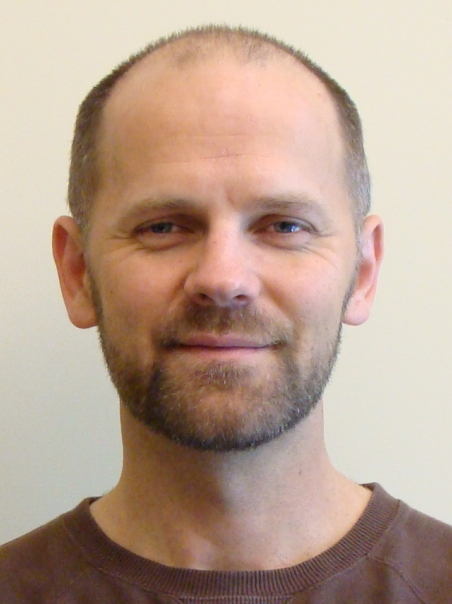 James Polson spends much of his time trying to understand the mechanisms that make life possible. Polson is an associate professor of physics with the University of Prince Edward Island. He studies polymers – a group of long chainlike molecules composed of many repeated chemical subunits. Proteins and DNA are natural biopolymers that are essential to biological structure and function.

Polson uses computer simulations and analytical theoretical methods to study the physical properties of polymers in confined and crowded environments. “We’re carrying out numerically intensive calculations to study model systems under conditions that are relevant to recent experiments using DNA,” he says.

Polson’s research falls into three categories. The first is called polymer translocation – the study of what happens when polymer molecules are driven through a narrow hole in a barrier; a process similar to threading a needle. “There’s a lot of interest in this,” he says. “Understanding the basic physics of this process will provide insight useful for developing new translocation-based technologies to sequence DNA.”

The second category of research involves studying the effects of squeezing polymers into narrow channels. In such environments, the molecules sometimes sample folded states, and Polson uses simulations to quantify the tendency for polymers to exist in these states. The results will be useful for the development of the technique of genomic mapping, which involves confining DNA in nanochannels.

Polson is also studying the propensity of confined polymers to self-segregate – a process that is relevant to chromosome separation in bacteria. “Before a bacterium or a cell divides, it first replicates its chromosomes,” he says. “But there is a lot of uncertainty into the mechanisms involved in pulling those chromosomes apart. One possibility is that entropy provides the main driving force, and our simulations will provide insight into the importance of this effect.”

As part of his research, Polson uses the ACENET computer network to create virtual models of polymer molecules to simulate their behaviour under various conditions. While the models are highly simplistic and designed to capture only the most basic features of real molecular systems, the simulations are nevertheless very time-consuming. “What I need from ACENET is computer power. For each calculation I need 100 to 200 processors for one to two days, and dozens of such calculations are needed for any given project.”

Polson says the ongoing support he receives from the ACENET staff is crucial to his work. “Every summer I have students working with me. There are a lot of computer skills that they have to learn, but ACENET is really good at giving tutorials for newbies.”