Unlocking the Secrets of a Vital Plant Hormone 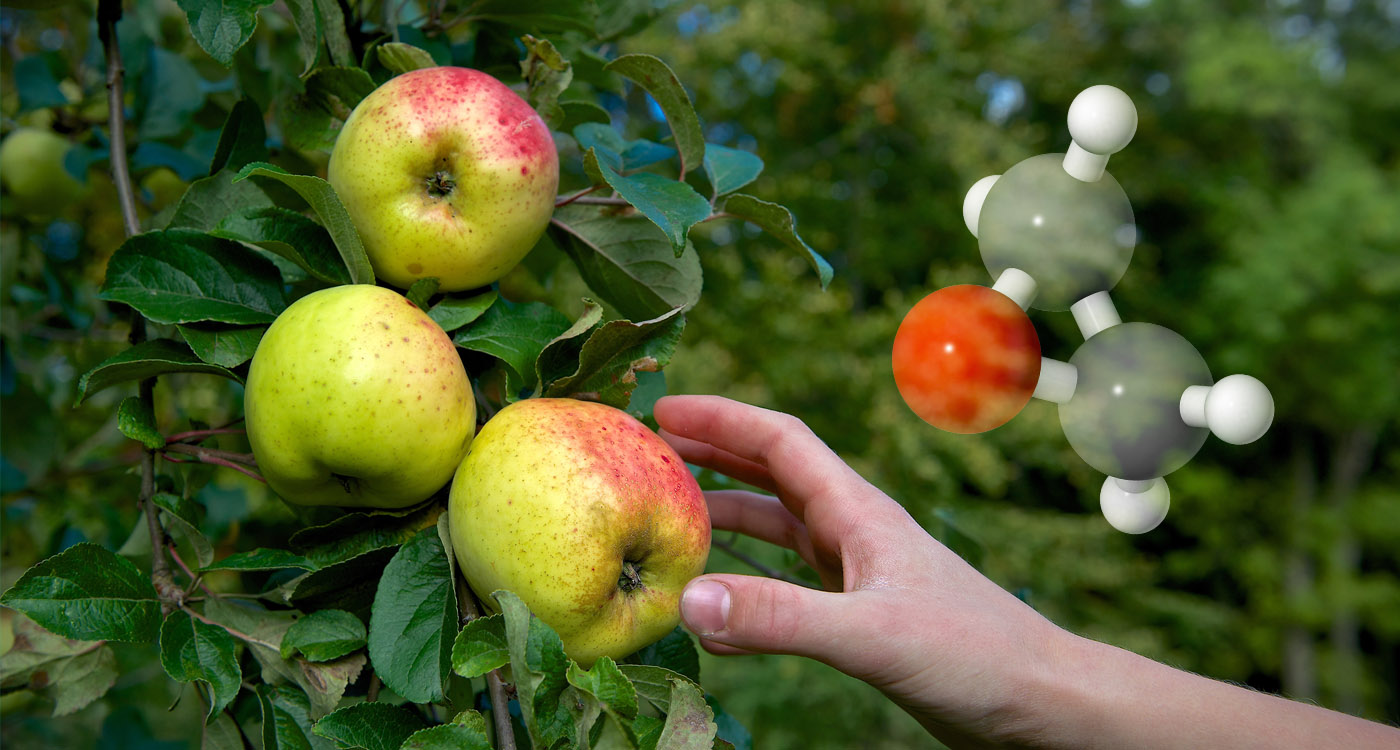 A major high performance computing event may seem like an unusual place to showcase landmark research about plants. But that’s exactly what happened at this year’s High Performance Computing Symposium in Halifax.

The research, carried out by a team at Saint Mary’s University in Halifax and the University of Jyväskylä in Finland, has unlocked the secrets of ethylene formation using a rather unconventional tool. The team used the ACENET Data Cave located at SMU to create a virtual 3-D model of the molecules involved in the process; a model that allowed them to visualize the process more accurately.

Ethylene is a key hormone in plants – a chemical compound that plays a critical role in causing fruit to ripen. But until recently, the chemical process that created ethylene in plants remained a mystery. For one thing, the biosynthesis process that creates ethylene gives off carbon dioxide along with cyanide, a deadly poison that should kill the enzyme that serves as a catalyst in the ethylene creation process.

Dr. Jason Clyburne, a chemistry professor and Canada Research Chair in Environmental Science and Materials at Saint Mary’s University, headed up the research study. It was the first time he has used the ACENET Data Cave as part of his research.

“Understanding the reaction mechanisms catalyzed by enzymes is a very difficult process, usually requiring a host of chemical, spectroscopic and other techniques,” says Clyburne. “By creating a visual model in the Data Cave, we were able to examine the active site and its environment. It was an extremely useful tool for us.”

A number of developments have come from Clyburne’s landmark research. For one thing, the study confirmed the existence of a molecule called cyanoformate, a fragile and elusive ion long speculated to exist, that neutralizes the deadly properties of cyanide. Cyanoformate is formed when molecules of carbon dioxide and cyanide combine. It breaks down quickly, but before it does it carries the cyanide away from the enzyme before it can cause damage to the plant cell. “We learned how nature handles cyanide, a process that we didn’t really understand before,” says Clyburne.

The research has some potential practical applications as well, including a better understanding of how fruit ripens – knowledge that could have major benefits to the global agricultural industry. The cyanoformate process also opens up possibilities for a new carbon capture process that could be used to help combat greenhouse gas emissions. Because cyanoformate forms an extremely weak bond between the carbon dioxide and cyanide, the process is attractive to carbon capture technologies that need to be able to easily transport and then release the carbon dioxide so that it can be recycled cheaply and easily.

Because crystal structures are freely available on the Internet in a variety of file formats and can be projected in 3-D using the tools available in the ACEnet Data Cave, Clyburne predicts that this form of research will probably become more commonplace in years to come. “The Data Cave really opened my eyes up to the possibilities of seeing inside a material to explore its properties.