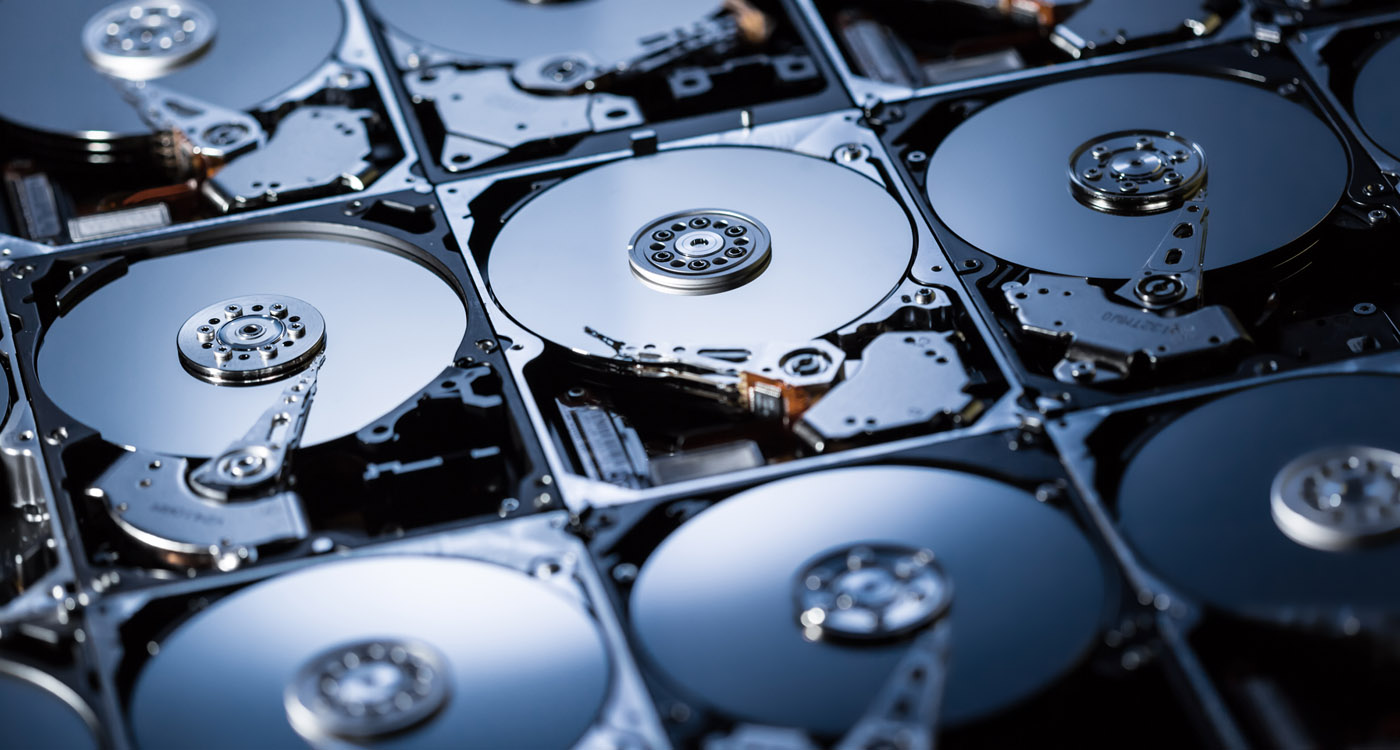 About 500 GB of data are created around the world every second, with the total amount of data doubling every two years. Approximately 600 million hard drives were sold last year to contain this data, creating $32 billion in revenue for the industry, with all of that information stored on a disc smaller than a compact disc through the marvels of nano-magnets.

But don’t expect this to continue. The laws of physics are being pushed to their limit in the quest for ever decreasing bit size. The industry is looking to fundamental research to provide a roadmap to guide the development of the next generation of magnetic hard drives.

At the leading edge of this research are Profs. Martin Plumer and John Whitehead in the Department of Physics and Physical Oceanography, currently in their fourth year of a collaborative research agreement with Western Digital Corporation, near San Francisco, Calif., in a project that uses numerical simulations to study the stability of data stored with ever-smaller bits.

“The driver of all this cheap storage is called areal density (AD), which is how many bits you can store on a square inch of a disc,” said Dr. Plumer. “AD has increased 100 million times over the past 50 years, and for a few years in the early 2000s, the annual growth rate in AD was 100 per cent. Today it is down to about 20 per cent. To sustain even a modest growth in AD over the next decade, manufacturers will need to bring new technologies to market in a relatively short time frame, and cheaply.”

He explains that while the capacity of a typical disc drive has increased exponentially with time, its price has remained relatively constant because of the fierce competition between manufacturers. However, these price wars have taken their toll.

“Fifteen years ago there were eight or so such companies in the U.S.,” he said. “Today, only arch rivals Western Digital and Seagate remain and neither company can afford to let the other take the technology lead. The blistering pace of the time-to-market for these new technologies is therefore critical to staying competitive. Keeping ahead in fundamental research is essential.”

The main problem with increasing AD is that it affects the stability of the stored information and limits the increases in AD. The stability problem arises because to form a bit, all the tiny nano-magnets must be aligned in the same direction.

“Unfortunately, the nano-magnets would rather align in opposite directions,” said Dr. Whitehead. “Just try holding two refrigerator magnets next to each other the wrong way. Fluctuations of the nano-magnets due to thermal agitation can cause random flips that degrade the bit pattern. Even at room temperature there is enough thermal energy to potentially flip a nano-magnet in a bit.

“Over time, more and more nano-magnets flip their direction and the stored information is non-recoverable. For higher AD, you need smaller bits and smaller nano-magnets, which are easier to flip — that’s called superparamagnetism. Ten years ago, hard drives had a typical warranty period of five years. Now you are lucky to get a commitment that your thesis — or photos, or music — stored on your hard drive will still be there three years later, and it’s all because of superparamagnetism.”

The researchers’ computer simulations relate the stability of the nano-magnets in a bit pattern to the basic material properties of the thin magnetic films that make up a hard disc. Together with their postdoctoral scholar, Dr. Tim Fal, their part-time research assistant and PhD student Jason Mercer and Dr. Johannes van Ek, their principal collaborator at Western Digital, the professors solve time-dependent equations for interacting nano-magnets or “micromagnetics” that include the effects of thermal fluctuations.

“This is not an easy problem and we need the full power of the hundreds of processors available from the Atlantic Computational Excellence Network to get meaningful results,” said Dr. Plumer. “Both Western Digital and Seagate recognize the importance of fundamental research and of funding university collaborations. Our collaborative research agreement with Western Digital supports the development of numerical models that can be used to guide targeted research in materials science to sustain the continued increase in AD over the next decade. It has also brought over US$180,000 into the local economy by providing salaries for post-doctoral scholars and students.”
Dr. Plumer adds the collaboration has been a lot of fun.

“We get to do the type of research that we love with the added benefit that industry is interested enough to help pay for it,” he said. “It is also a way for our students and post-docs to get exposure to real-world problems and to see first-hand how fundamental science makes an impact. They get to present their results at applied magnetism conferences, interact with industry researchers, and also visit the research and manufacturing sites of Western Digital. In fact, the training in our group has even led to one of our former post-docs landing a permanent position at Seagate in Minneapolis.”